The best in affordable and sustainable housing, Keen’s barndominiums help you get back to budget-friendly living in a home you can call your own.

Our barndominiums for sale in Florida and Georgia are the most popular selection in our lineup of habitable structures. Providing durability, customizability, and affordability all­ in­ one, these homes are the latest in the tiny home housing trend. Choose from single­-story or two-­story barndominiums. All of our metal buildings are pre­-engineered with certified plans for habitable in­-use unless otherwise specified. 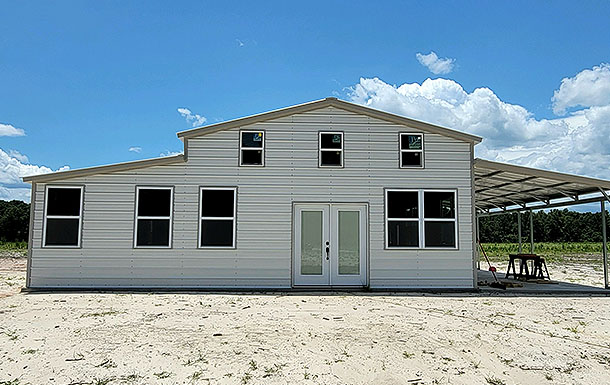 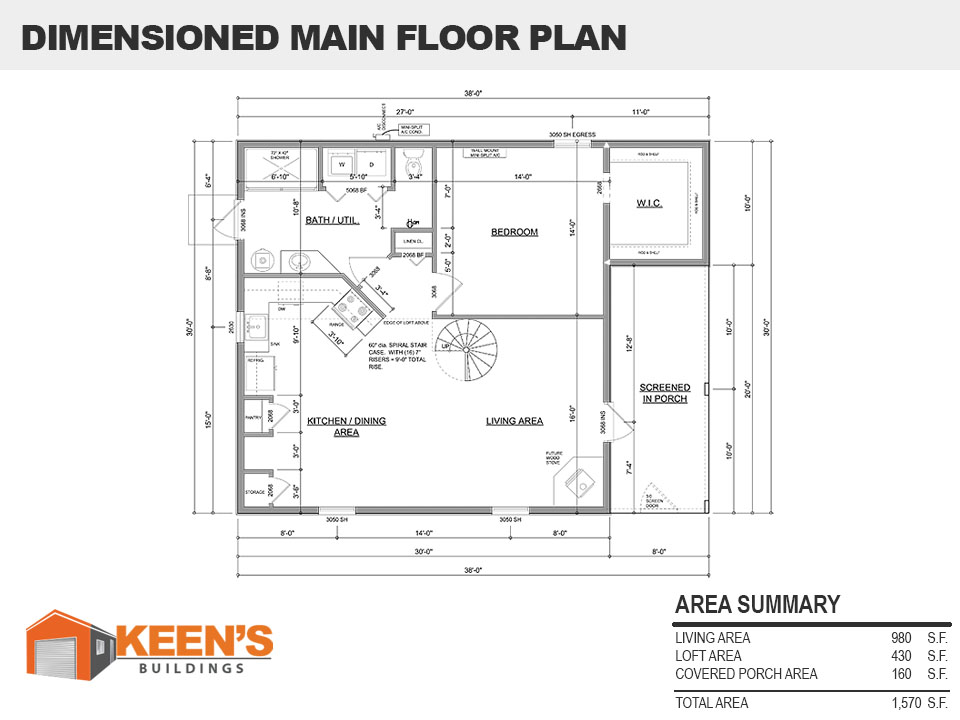 Have Questions? Send us a text. 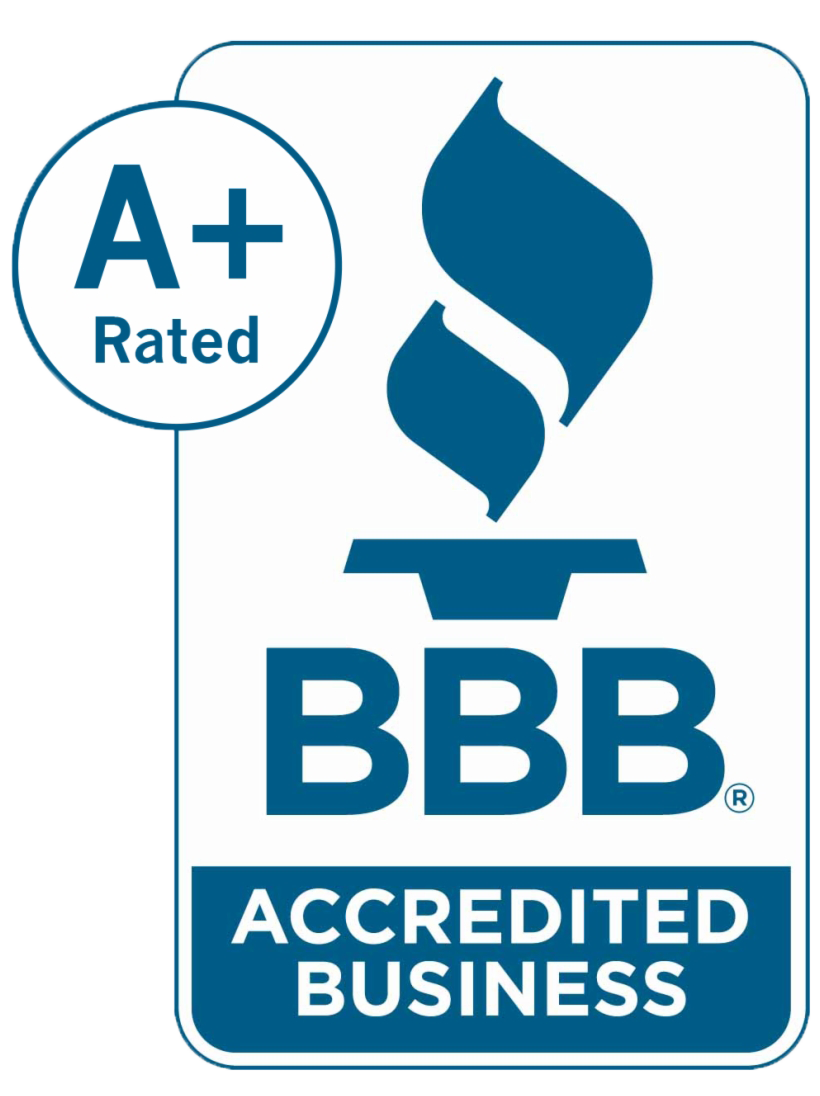 Due to their metal framework, barndominiums offer a much longer lifespan with less maintenance than a traditional site­built home. Most traditional homes are made from a combination of wood, stucco, or brick, which are prone to cracks, weathering, and more. Furthermore, with these traditional materials, the settling of the structure is more likely to cause exterior cracks – especially on stucco finish homes.

Wood’s tendency to rot and attract pests, such as termites, can cause slow damage to your home’s overall framework and foundation over an extended period of time. What’s more, maintaining the exterior of homes constructed from the materials mentioned above can be a labor
intensive – and sometimes even impossible – process.

Metal is extremely resilient and the exterior of your metal structure can easily be cleaned. Additionally, the structural integrity of a metal barndominium is far less susceptible to natural disasters. For example, while flooding can cause severe waterlog damage in sheetrock and promote wood rot, it won’t have nearly as detrimental an effect on a metal structure.

One consideration for your metal barndominium is its tendency to fade over the course of many years due to sun exposure – an occurrence otherwise known as UV fade. This natural breakdown of UV rays on paint can impact even high­end cars, which is why paint choice is crucial in the customization of your barndominium. To combat fading over an extended period of time, opt for lighter colors such as White or Light Tan as opposed to darker colors that draw in more heat (Dark Green, Brown, Black).

The same goes for your roofing as well. The most popular roofing material for metal barndominiums is Galvalume. This silver reflective roof will bounce the heat off the structure and will never fade. Alternatively, DuPont offers metal panels that are also among the highest­rated in the industry. Using metal trusses as opposed to wood will also extend the lifespan of your barndominium.

Flat roofs also tend to fade faster as the lack of angles allows for broader heat distribution – which also keeps the interior of your barndominium warmer as well. By avoiding a shingled roof for your metal barndominium, it will be far less prone to damage from debris and rot – another facet that only further adds to the longevity of your new home.

We do recommend designing your barndominium with a 24­inch overhang around the perimeter, as this will prevent rain from running down your sidewall and leaving streaks in your exterior paint.

How to Maintain Your Barndominium

Cleaning and maintaining your barndominium is an incredibly simple process due to the incredible stability and simplicity of this structure. To keep the exterior clean, a simple solution consisting of bleach and water can be added to your pressure washer for a quick spray­down.

During the construction process, it’s also critical that you opt for Lifetime Painted Screws. These invaluable screws are designed specifically for the barndominium and roofing community, as they are resistant to the rusting that occurs in salt or damp air. Once your screw heads rust or the primer comes off your screw head, you’ll start noticing streaks down the exterior of your metal building from deterioration of that protective coating.

It is important NOT to cut costs when it comes to the screws you use for your structure. Many competitors will try to sell you on cheap screws, but it can be damaging in the long­run. Another benefit of Lifetime Painted Screws is that they can be color­matched to your exterior metal panels for a clean­-finished look.

Permitting for Your Barndominium

Permitting any habitable structure is a process that varies from one municipality to another. Make sure to consult any HOA regulations or local ordinances that may limit or restrict the construction of a barndominium, particularly in restrictive covenant communities.

Learn More about permitting considerations for your habitable structure.

Interior of Your Barndominium

Barndominiums provide an empty shell for you to work off of and create any space you imagine. These versatile structures can be used as:

You can configure the interior of your barndominium to your needs. Just like with a traditional site-­built house, everything attaches to the framework, so you can erect wall studs and drywall to lay the space out differently.

“Keens building are super solid and the process is seamless start to finish!” 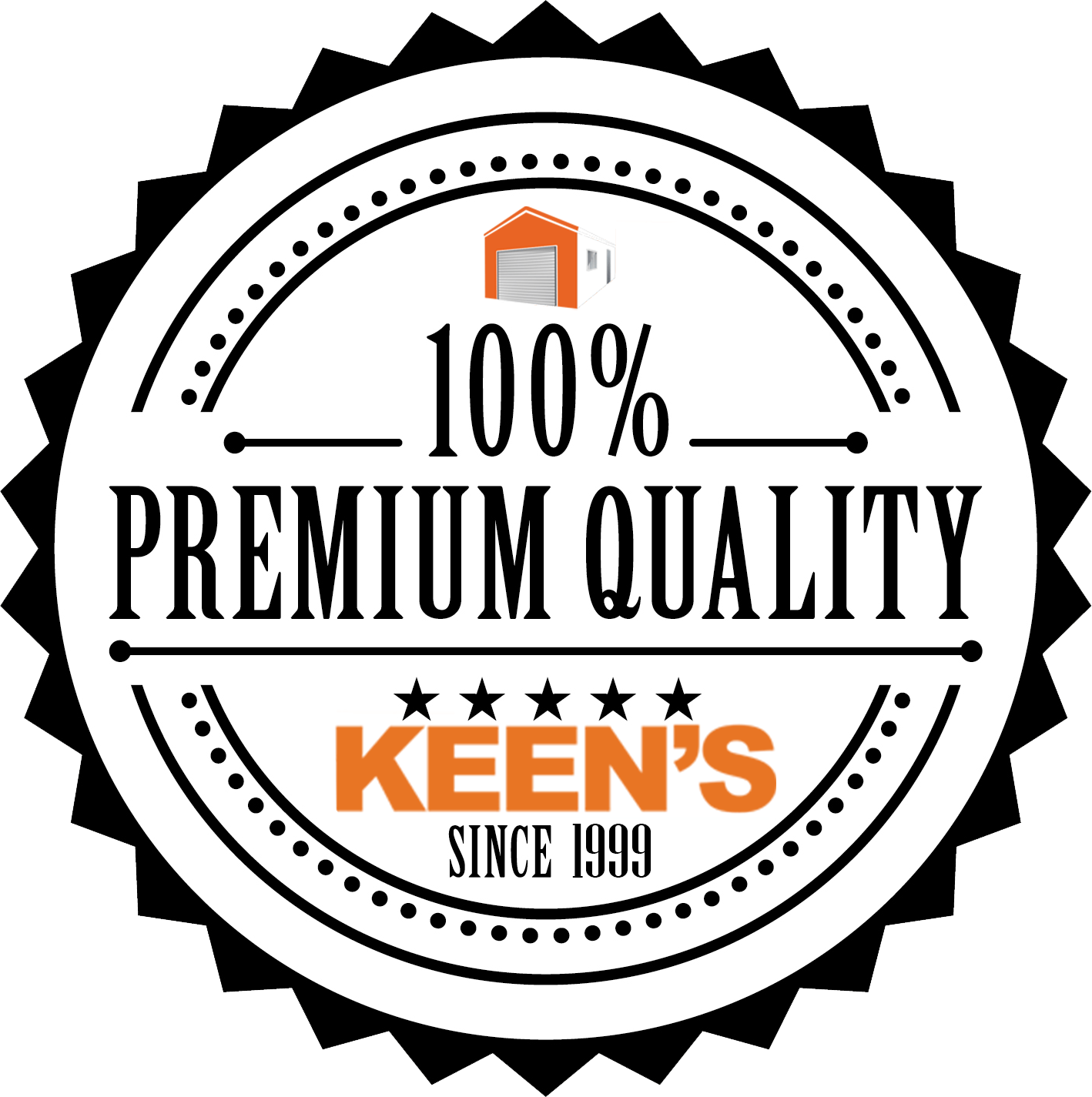 While you can use the conventional fiberglass insulation that is applied in most homes, we recommend using closed­cell spray foam insulation. This insulation type goes above and beyond to lower your electric bill as much as 30%. Since it can be better condensed, it creates a tight barrier that adds to the structural integrity and strength of your walls.

Another upside of spray foam insulation is it also acts as a soundproof barrier to reduce outside noise. Call a local licensed spray foam specialist to make an appointment after your structure has been situated.

If you do take the spray foam route, make sure to choose your HVAC system carefully. You’ll want to opt for an air conditioning system with a built-­in dehumidifier so that the closely condensed insulation won’t lead to mold, mildew, or a general musty odor. With such a device, the dehumidifier will automatically kick on when humidity levels reach a certain point.

Ventilation is an extremely important factor in your barndominium construction, and there are structural features that contribute to your ability to keep your home cool. For example, even opting for a roof with a steeper peak is a way to ensure your structure stays a few degrees cooler, as heat will gather at the peak, preventing distribution across the entirety of your roof.

Flooring for Your Barndominium

The most popular flooring for barndominiums is a colored and polished concrete, which creates a rustic look while providing a reliable foundation. The mirror­like finish on this concrete flooring makes it easier to clean and easier to sweep out as it’s far less porous than unpolished concrete and other flooring materials.

To go for a more dynamic look in your entryway or other areas, you can also select stamped concrete. The other benefit to concrete flooring is it won’t be damaged by flooding or moisture.

In today’s housing market, becoming a homeowner can seem like an impossible feat. However, with our reasonable and accessible financing options, you can become a homeowner today! We offer 10% down and up to 240 months financing on our barndominiums. Standard home rates apply.

There is a special program for barndominium buyers, and one of our representatives will walk you through the details as soon as you fill out our General Financing application. At Keen’s Buildings, we partner with trusty lenders who specialize in the barndominium sector so we can create the best plan for you.